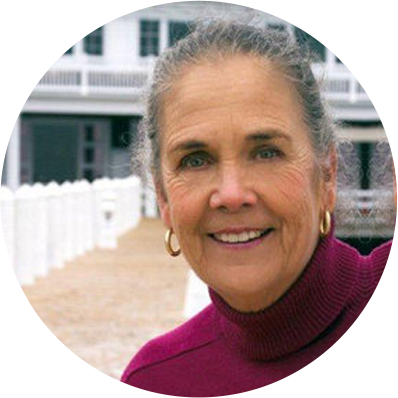 Since partnering with Ed O’Malley in 2004 Suzie has continued her stellar performance.  She was again named Top Producer for the entire company in 2006, 2010, and 2015.  Suzie and Ed have been Top Producer in the Bay Head office since 2008.

As a consistent member of the Circle of Excellence, Suzie brings superb service and unparalleled local knowledge to every transaction. She has earned clients’ trust through her responsiveness and discretion.

When not working, Suzie is often found in her garden, or spending happy days with her two children, John and Ginna, and her three handsome grandsons (John, Matthew, and Andrew). She also enjoys traveling the world with her husband, John, a local retired builder. She is a professional member of the Seaweeders Garden Club of Bay Head & Mantoloking, and a member of the Bay Head Beautification Committee. Suzie is also a lifelong member of the Bay Head Yacht Club, and an active participant in the Bay Head Business Association.

We use cookies to enhance your browsing experience and deliver our services. By continuing to visit this site, you agree to our use of cookies. More info